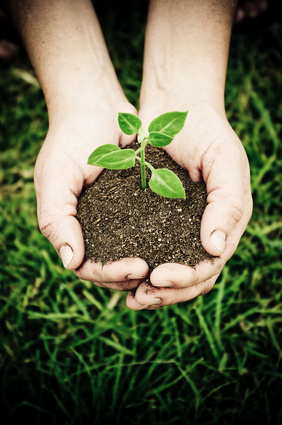 Firstly I want to apologise to you for not communicating that I had decided (for now) not to continue to write a weekly Newsletter.  Thank you to those of you who contacted me wondering where the Newsletter was and to those of you who asked if I was ok when the Newsletter didn’t appear, as it had done weekly and thank you also to you for pointing out to me that it is a good idea to let you know what’s going on.  I really appreciate the feedback.  So all is good, great even and thank you so much for thinking about me and the Newsletter.  The simple reason that I haven’t been writing to you weekly is that I have made a commitment to write a book this summer (I’m sure there is a sigh of “finally” for those of you who know me well  🙂 ) and so I am pouring my spare moments into writing this.  So, for now, I am committing to writing a Newsletter to be with you on the 18th of every month.  I hope this is ok?  Thank you for your patience with me.  And now… onto this month’s Newsletter on “The Human Condition”.

Every. Single. Person. I’ll repeat this for emphasis. Every. Single. Person. I have coached (and this is hundreds of people since 2006) has expressed fear, lack and limitation, self doubt and self depreciation. There is not One. Single. Person. who has shown up with solid belief in themselves nor is there someone who has been living full-out, doing and being what and who they know they can be. When invited however to explore this further.  Every. Single. Person. knows and believes deep down that they can be more of who they truly are and can achieve anything they want to, if they go steadfastly, passionately, patiently and persistently after it.

Before you think I’m off on my soap box, I want to add myself into the mix.  I understand this – o! too painfully in my own life – because I also often feel a lack of self belief and then act from this self doubt.  But where does it get us?  Where does it lead?  … To a road of regrets, a road of lost years and wasted opportunities.   To a road that knows deep down that we can do more, that we can be more and that in fact, we are more…if only we could just believe more and more consistently in ourselves.

Who is blocking who?

Last week, I attended a Leadership Think Tank which was focused on developing leadership across a particular sector.  One of the topics we were brainstorming on was female leaders.  There was a resounding commonality between all the groups in the room (which were made up of male and female participants) on the main barrier that was preventing women from getting the top jobs or putting themselves forward, even, for them.    The main obstacle, it was identified, unanimously, was that it was women themselves, who were the biggest block.

The source of the power

The flip side of the coin

In my work and particularly over the past 12 months (as I focus more and more on this myself) I have humbly observed a new dimension of the human condition, emerging.  It’s as simple as flipping a coin and seeing a different side to yourself and I have seen it appear time and time again when people plug back into their own internal power.  I have seen people break free from fear, from lack and limitation.  I have worked with people who have separated themselves from labels of being “lazy” or “introverted” or “cowardly”.   I have witnessed people choosing to drop excuses like “it’s not the right time”, “it’s too risky”, “I’m not worthy”, “I’m not good enough”, or “I can’t because, because, because…”  I have seen people who are happier now than ever because they are embracing the best that is within them.  I have seen people taking a moment by moment, hour by hour, day by day approach to believe in and honour their ability to shine, to do great things, to impact positively and to make a difference through being who they really are.

For emphasis, I want to say this again… The power does not lie out there in the external world, in others, in circumstance, or in situations.  The power lies in you.

It really is as simple as flipping the coin and choosing which condition to live from.

We use cookies on our website to give you the most relevant experience by remembering your preferences and repeat visits. By clicking “Accept”, you consent to the use of ALL the cookies.
Cookie settingsACCEPT
Manage consent

This website uses cookies to improve your experience while you navigate through the website. Out of these, the cookies that are categorized as necessary are stored on your browser as they are essential for the working of basic functionalities of the website. We also use third-party cookies that help us analyze and understand how you use this website. These cookies will be stored in your browser only with your consent. You also have the option to opt-out of these cookies. But opting out of some of these cookies may affect your browsing experience.
Necessary Always Enabled
Necessary cookies are absolutely essential for the website to function properly. This category only includes cookies that ensures basic functionalities and security features of the website. These cookies do not store any personal information.
Non-necessary
Any cookies that may not be particularly necessary for the website to function and is used specifically to collect user personal data via analytics, ads, other embedded contents are termed as non-necessary cookies. It is mandatory to procure user consent prior to running these cookies on your website.
SAVE & ACCEPT